However, it has a simplistic and outdated explanation of the problem with the economy. According to the plan, the main problem is that the government restrains development by being unfriendly to business. The ideological justification for this is the quasi-religious faith that capitalist profit-seeking amid as free and unregulated markets as possible will solve social and economic problems. 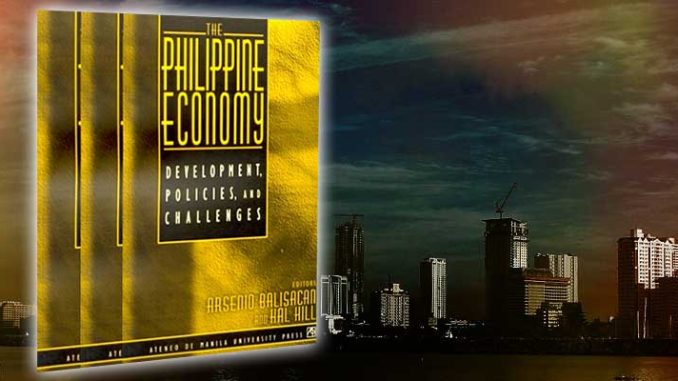 This notion also gets self-serving support from foreign investors and domestic oligarchs who want the state to put their narrow interests above those of the nation and long-term development. The plan will fail to transform the Philippines into the "prosperous middle-class society where no one is poor" declared by the government. This is because the plan will keep the country's agriculture and industry backward and mere adjuncts of foreign capital. Unemployment will remain high, incomes low, and Filipinos forced overseas for work.

Growth spurts driven by debt and speculation will only become fewer and farther between. Any increase in per capita income will be mostly because of growing concentration of wealth in a few rather than higher incomes for the majority.

The plan begins by taking a long view of the country's trajectory against a reading of global and regional trends and prospects. The plan lucidly presents its approach over pages. It talks about "enhancing the social fabric" by improving governance, the administration of justice, and promoting Philippine culture and values. The inclusion of a distinct chapter on culture is innovative but at the same time because there is nowhere any mention of nationalism, alarming.

The next three sections are the sum of its economic policies.

The plan is conscious of public frustration with long-standing poverty and worsening inequity and talks about "inequality-reducing transformation. This section elaborates on expanding economic opportunities in agriculture, forestry, fisheries, industry, and services, and on human capital development, on reducing vulnerability, and on building safe and secure communities.

It talks about "increasing growth potential" through exploiting a so-called demographic dividend and advancing science, technology, and innovation.

And it asserts its free market orientation under the rhetoric of "enabling and supportive economic environment," spanning macroeconomic policy and national competition policy. The next section highlights the Duterte administration's supposed points of emphasis. The "foundations for sustainable development" talk about attaining a just and lasting peace, ensuring public order and safety, ensuring ecological integrity, and accelerating infrastructure development. The plan is particularly obsessed about insufficient infrastructure being a binding constraint. The final section is just about plan implementation and monitoring.

While lucid, the plan is still wrong and will keep the Philippines backward. Three major flaws immediately come to mind, all of which stem from the plan's obsolete market fundamentalism.

First, the plan avoids correcting the severe asset inequities and income imbalances that keep millions of Filipinos marginalized from meaningful economic activity. This means that all the plan's rhetoric about creating economic opportunities will really just mean greater profitable opportunities for the few who have the accumulated assets and incomes to begin with. Keywords Comprehensive Development Framework.